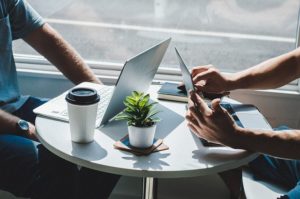 In uncertain economic times like these it can feel almost taboo to say the word ‘invest’ around anyone who operates a commercial business or warehouse. But there are some investments with proven, bottom-line benefits that are almost to affordable and clever to pass up, no matter what is going on with the economy around us.

An outdated or improperly installed commercial lighting system can be a significant source of operational bleeding, in which your company’s money and energy is simply disappearing into thin air.

Here are a few ways that Dallas are business are getting big results from small investments in their commercial and industrial lighting systems:

The concept of circadian lighting might not be so new to the big tech companies of Silicon Valley, but Dallas companies have only recently begun to adopt this exciting new productivity tool. By installing overhead LED lighting in your commercial building or warehouse, it is possible to put the LED fixtures on a program where the intensity is tuned over the course of the day. By reducing the intensity of light as the day goes on, natural human sleep cycles are supported, and the result is a much more well-rested workforce.

While Intensity tuning is one of the most cost-efficient ways to initiate circadian lighting, it would not be at all possible without a modern Wi-Fi enabled control system. Controlling the LED lighting in your facility is not something that you need to pay anyone to do; with the right kind of LED light bulbs you can have the whole thing done by computer, controlling not only the changing intensity of the lighting, but also on/off times, maintenance schedules, and automated outdoor security lighting.

In study after study, researchers have demonstrated that increasing natural light sources in the workplace leads to a direct and measurable increase in both the health and productivity of the people working there. According to the researchers, this is due to many factors, including everything from Vitamin D synthesis to maintaining healthy circadian rhythms.

Commercial operations might have limited options for natural light, which is why many Dallas businesses are making the next logical decision: cutting a bunch of holes in the wall. By investing in windows and skylights, companies can also invest in employee wellness, and reap all the associated benefits of a happier and healthier workforce.

Another way to increase employee or tenant access to natural light is to re-think the internal layout of your building. If there is a south facing wall with plenty of windows and light, you might want to consider designating this space as a primary productivity area.

Replacing outdated overhead fixtures with modern LED light bulbs is often touted for the dramatic spike in energy efficiency that they can provide, but one of the lesser known benefits is just as easy, and in some cases can save just as much money. Because LED bulbs last around 50 times longer than typical incandescent bulbs, converting your entire commercial facility to LEDs means that your lighting maintenance costs are going to drop significantly, not to mention what the business will be saving on the cost of the new bulbs themselves.