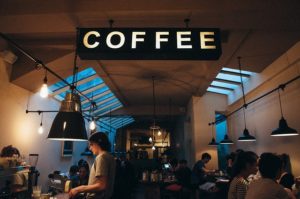 Today, LED light bulbs are by far the leading choice in commercial lighting, used in offices, retail spaces, restaurants, and other business establishments. Much of this has to do with how energy-efficient LEDs are. Unlike incandescent light bulbs, which produce light as a byproduct of the process of heating a tungsten filament to high temperatures (a very inefficient way of generating light), LEDs rely directly on the flow of electricity that passes through a semiconductor, producing more light (from a microchip) as more power is drawn into the bulb.

If you’re new to LEDs or considering installing them in your business premises in Dallas, below are some of the main factors you need to know about LED light bulbs and how they work.

LED light bulbs are easily the longest lived among all the lighting solutions on the market. An average LED bulb, for example, has a lifespan that’s well over 15,000 hours. By contrast, your standard incandescent bulb would be hard-pressed to make it past 1,500 hours.

LEDs use a fraction of the electricity used by classic light bulbs. A regular 100-watt incandescent bulb, for example, can be replaced with a 10- to 15-watt LED bulb. And Being more energy-efficient, LEDs naturally produce lower carbon dioxide (CO2) emissions. LEDs don’t have dangerous substances like mercury—a crucial component in CFLs. This makes it easier to dispose of and recycle LEDs.

LEDs are cool to the touch, even when switched on for hours. Instead of heating a metal write to high temperatures to create light, LEDs use an electric current directly to cause multiple microchips to produce light.

LEDs produce their full brightness of light the second they are switched on. No need for a “warm up” as you would expect from incandescent bulbs, halogen lamps, and even compact fluorescent lights (CFLs)

LED bulbs also come in a wide variety of bulb styles and colors that will match virtually any lighting design or setup, from traditional Edison-type bulbs to recessed lights that blend in with your ceiling.

LEDs tend to score high on the color rendering index, the index that shows how accurate a color appears under a light source (e.g. how red red objects appear under a light bulb). For commercial applications like in retail, restaurants, and museums, this can make a huge difference in the experience of customers and visitors

Another feature that most people don’t expect from LED light bulbs is how they’re often compatible with third-party dimmers. This allows you to dim and brighten specific bulbs in a store, for example, creating all kinds of interesting lighting effects. Be sure to check the label of your device though, as not all LEDs can be dimmed.